Greetings from Adirondack Woodcraft Camps!
We can’t wait to welcome you to our summer camp family. At Woodcraft, campers have the chance to step into a world full of adventure, friendships and growth. Together with our dedicated staff, we work intentionally to create a challenging and nurturing environment where each camper feels safe to explore new interests, discover unique talents, embark on new trails and be goofy and free. We have turned our passion for enriching the lives of young people into our life’s work and we are truly all about camp. We have 50 combined years of experience as educators and camp professionals. We even fell in love at camp! Our three children and our dog Sunny love camp too. In our free time, we hike and ski mountains together, paddle lakes and camp under Adirondack starry skies.
Camp is our life. There is nothing more important to us than making sure every summer camper at Woodcraft comes away with a bigger bounce in their step because of their newly earned life-skills, friendships, and adventures.
We can’t wait for you to experience the magic at Woodcraft. Please call or write with any questions at all!
Doug & Christina Bartlett 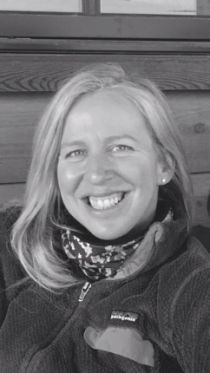 I fell in love with camp as a thirteen year old newcomer at Camp Jeanne d’Arc in the Adirondacks. I remember how easy it was to make friends which was something I was nervous about! It was my first time at sleep-away camp and I had ventured far away from my home in Switzerland. What struck me the most was how supportive my peers and camp counselors were. I felt safe to try any activity, no matter if I thought I would succeed or fail. I returned home with badges and feathers and a wonderfully dirty duffel bag. My confidence had grown and I felt able to tackle whatever came my way. My summers began to fill a part of me like a well I could draw from no matter where I was in my “real” life. I knew that very first summer that I wanted to give back to kids in the same way when I grew up.

From cabin counselor to waterskiing instructor, from CIT to executive director and “camp mom,” I have over 25 years of professional camp experience under my belt. Those years combined with my master’s studies in Counseling Psychology, my work as a guidance counselor, and my life experience as a mom and outdoors enthusiast have shaped everything I do in my work with children and young adults.

As your camp director, I am dedicated to providing your child with a safe and encouraging environment. This is what allows each camper to discover their own special talents and find the courage to grow beyond their expectations. Doug & I never (ever!) tire of the newfound confidence we see in each camper’s smile as they move freely and comfortably around “their” camp.  We know they feel capable and connected to the world and friends around them. It’s no wonder so many campers return to their home away from home for many years even after their camper years have ended; camp is truly life-changing in the best imaginable way! 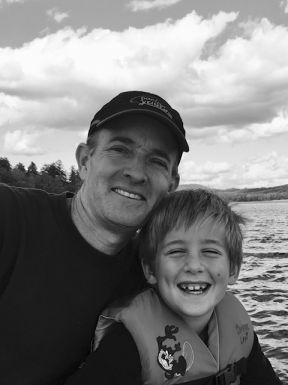 My earliest memories of camp are from several awesome summers of week-long Boy Scout Camps in the Midwest. After a major family move from St. Louis to Los Angeles when I was 16, I became a day camp counselor at a local YMCA. The move west was a huge transition for me, but camp was a big help. I was bitten by the summer camp bug. One summer quickly turned into three and were followed by several more as a resident camp counselor on an amazing ranch in central Arizona called The Orme School and Summer Camp. That is where camp became my life. I graduated with a bachelor’s degree in Recreation Management from Humboldt State and spent 10 years at Orme running a diverse outdoor-based, southwest summer camp and teaching students from over 25 states and multiple countries during the rest of the year.

In 2001, Christina & I moved to Telluride, Colorado where I accepted a vastly different post with a wilderness-based trip and travel program called Telluride Academy. The program was outstanding but we missed the community feeling offered by residential programs. We decided to move to Roslyn, NY where I ran the summer program of Buckley Country Day School. It proved to be a wonderful community with a thriving, enriching summer program. It was an extraordinary opportunity to meet a large number of campers, families, and camp professionals. In 2010 LakeView Day Camp in East Brunswick, NJ found us and offered my first opportunity to direct a private camp.

At Lakeview, Christina and I continued to build on our careers and camp management experience while raising our three wonderful children. We continued to maintain our strong family connection to the outdoors with weekend and vacation adventures in the Adirondacks. In many ways, the Adirondacks became our spiritual home which is one of the reasons why we believe that Woodcraft found us as much as we found it! We are honored and excited to bring our knowledge, experience and passion to build on the legacy and wonder of Woodcraft for generations to come.